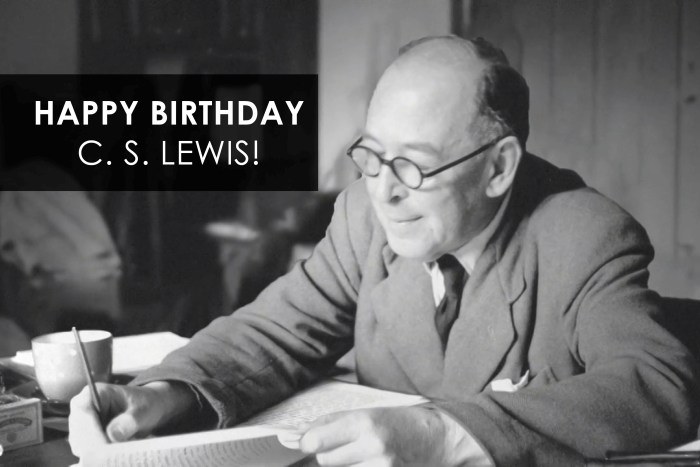 C. S. Lewis is one of my favorite humans and today would have been his 118th birthday.

My small group girls will come over tonight and we’ll have a birthday party for him and watch David Payne’s An Evening with C. S. Lewis (we won’t watch the exact one linked but it is so good and well worth the time to watch a YouTube video with “antique” graphics) while drinking tea and celebrating the work of God in his life and legacy. Until then, here’s a little blurb I wrote about “Jack” for the November/December RTM Magazine, along with 12 quotes from his famous sermon The Weight of Glory.

We hope it propels you to worship the One who conquered hell for your redemption. 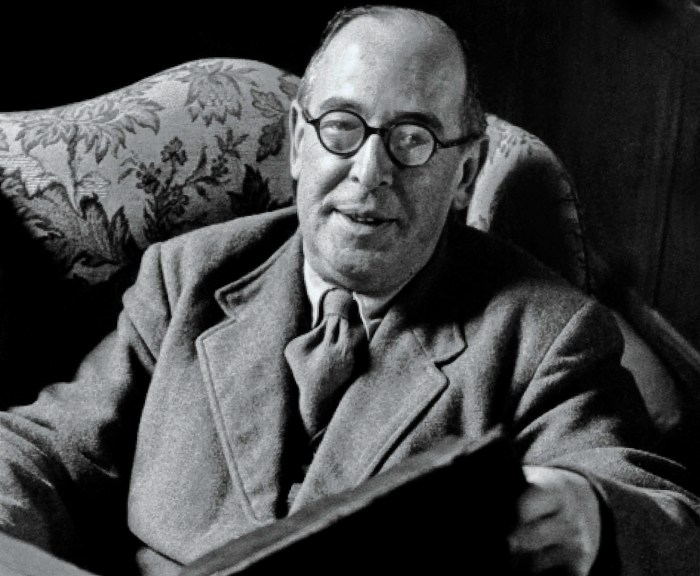 God is a writer.

The best writer, in fact, for not only did He craft the true and better “tale as old as time,” but also the tales that will go on after time as we know it has ceased.

In this story called life, we’re given glimpses of the great Writer imaged in His characters—our fellow man—and an image of God’s authorship is, for me, often seen clearest in the writings of C. S. Lewis.

When I read Lewis’s works and drink in the way he uncloaks simple and profound truths by wrapping them in sentences spun in so much beauty, I see God. Not only because Lewis is pointing me to Him but because His handiwork is on display in the way it’s written.

If a human can write this eloquently, what does this teach us about God’s ability to write our stories?

What follows are 12 quotes from The Weight of Glory, in successive order as they appear in the sermon Lewis originally delivered in Oxford on June 8, 1941. We hope these nuggets of truth will stir your heart and imagination to the Glory beyond this world, which is the same Glory that became flesh and dwelt among us and continues to dwell among us through His masterpieces of creation, including you. 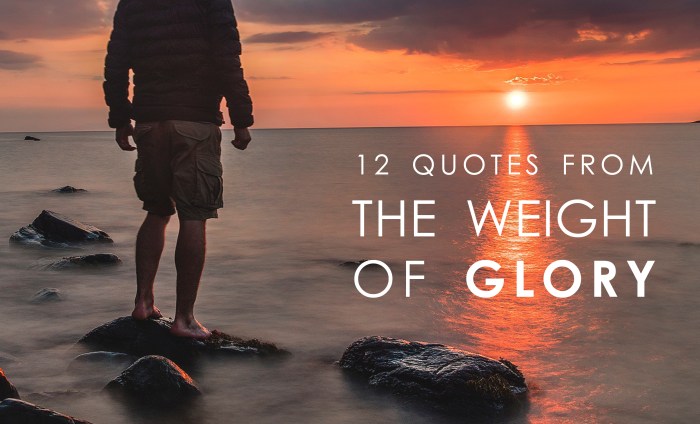 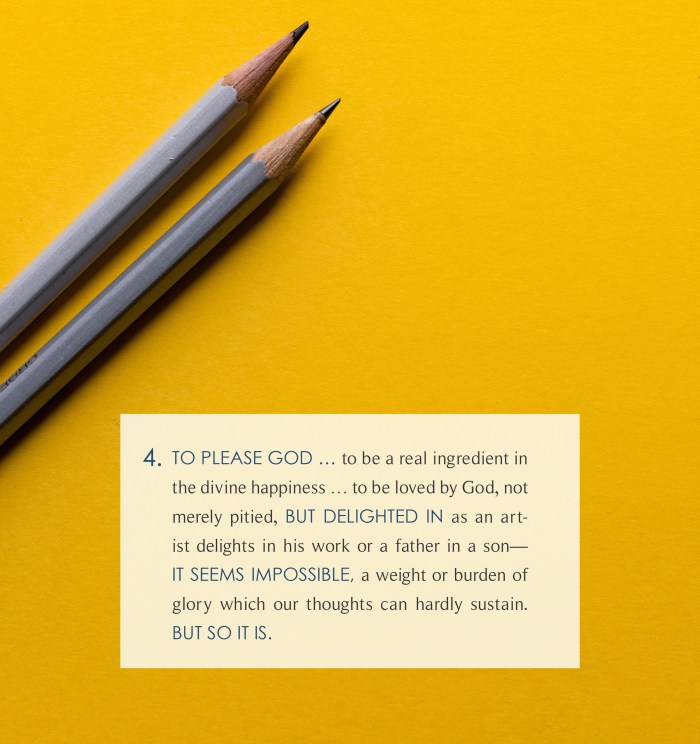 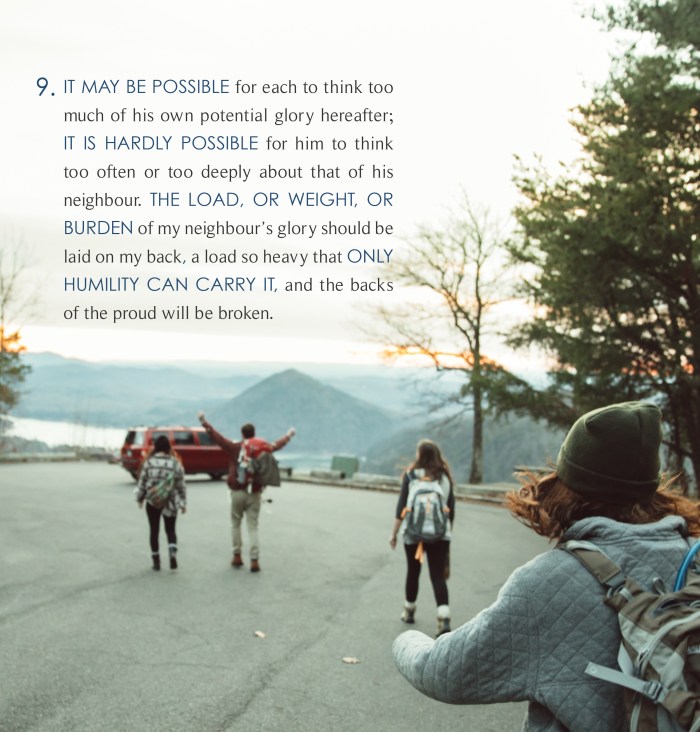 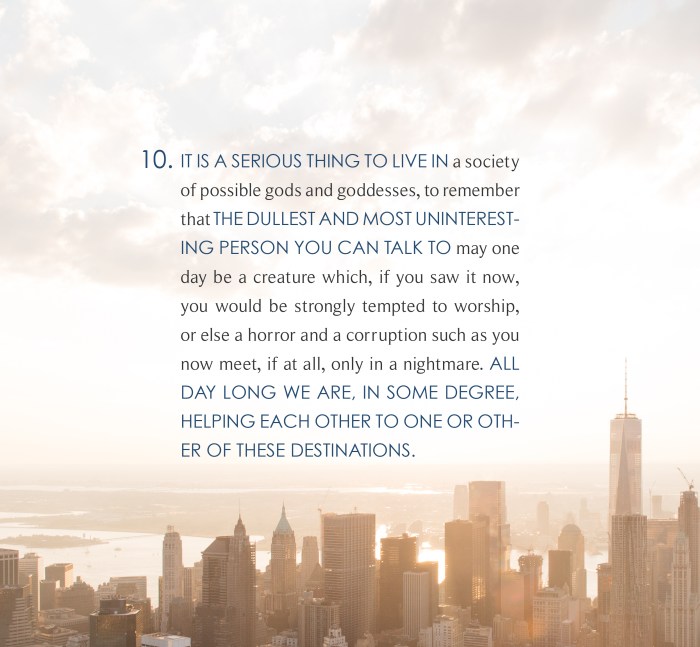 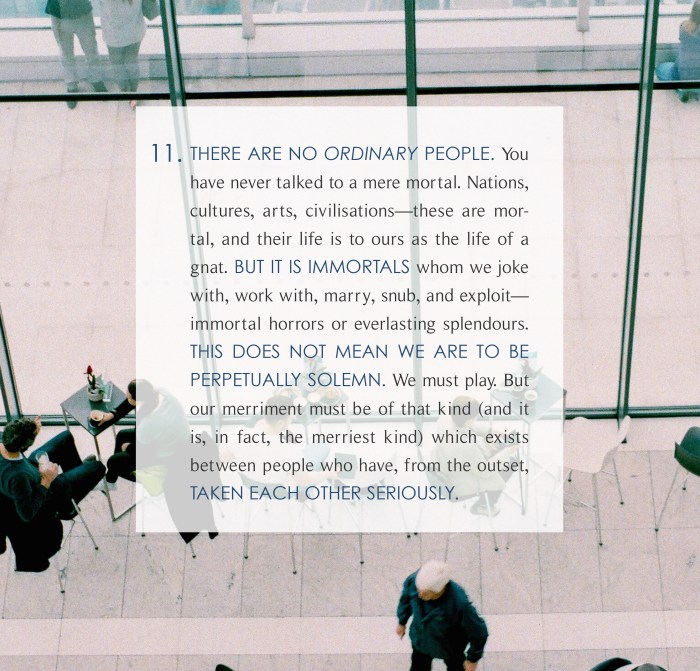